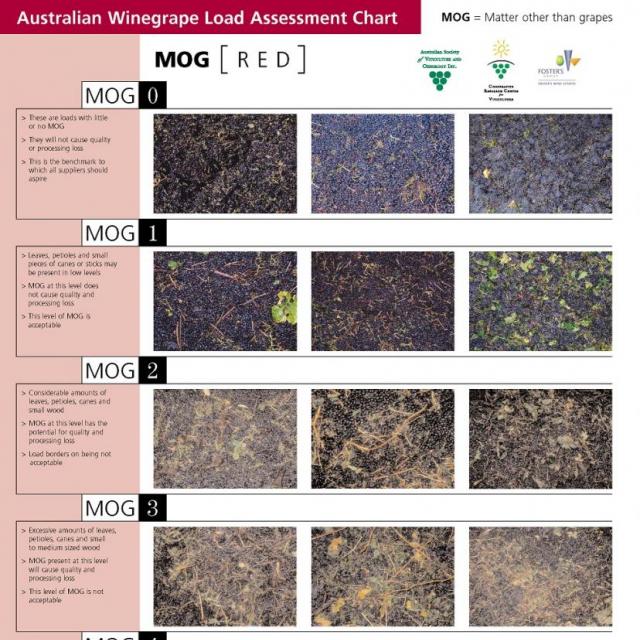 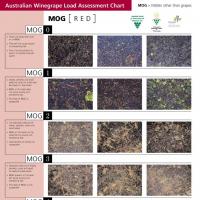 MOG includes all other vine material including petioles, leaves, canes and the broken arms of vines. It also encompasses foreign matter such as stones, picking utensils, trellis parts, metal objects and irrigation components, which can be difficult to detect in loads prior to crushing.
The posters produced by the ASVO provide a visual guide to both optimum loads and loads with acceptable levels of MOG. They also clearly illustrate unacceptable amounts of MOG.